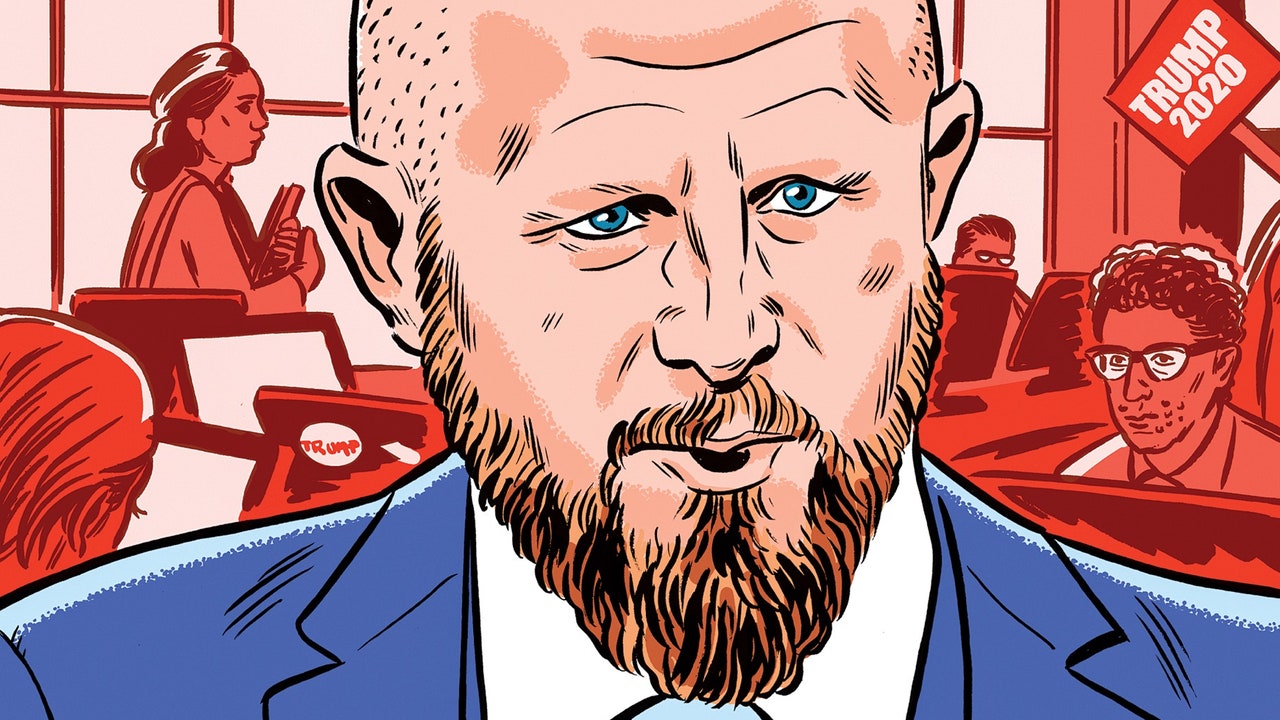 Brad Parscale used social media to sway the 2016 election. He’s poised to do it again.

I just finished reading important reporting about The Man Behind Trump’s Facebook Juggernaut in the March 9th, 2020 issue of the New Yorker. The long article suggests that it wasn’t Cambridge Analytica or the Russians who swung the 2016 election. If anything had an impact it was the extensive use of social media, especially Facebook, by the Trump digital campaign under the leadership of Brad Parscale. The Clinton campaign focused on TV spots and believed they were going to win. The Trump campaign gathered lots of data, constantly tried new things, and drew on their Facebook “embed” to improve their game.

If each variation is counted as a distinct ad, then the Trump campaign, all told, ran 5.9 million Facebook ads. The Clinton campaign ran sixty-six thousand. “The Hillary campaign thought they had it in the bag, so they tried to play it safe, which meant not doing much that was new or unorthodox, especially online,” a progressive digital strategist told me. “Trump’s people knew they didn’t have it in the bag, and they never gave a shit about being safe anyway.” (p. 49)

One interesting service Facebook offered was “Lookalike Audiences” where you could upload a spotty list of information about people and Facebook would first fill it out from their data and then find you more people who are similar. This lets you expand your list of people to microtarget (and Facebook gets you paying for more targeted ads.)

The end of the article gets depressing as it recounts how little the Democrats are doing to counter or match the social media campaign for Trump which was essentially underway right after the 2016 election. One worries, by the end, that we will see a repeat. 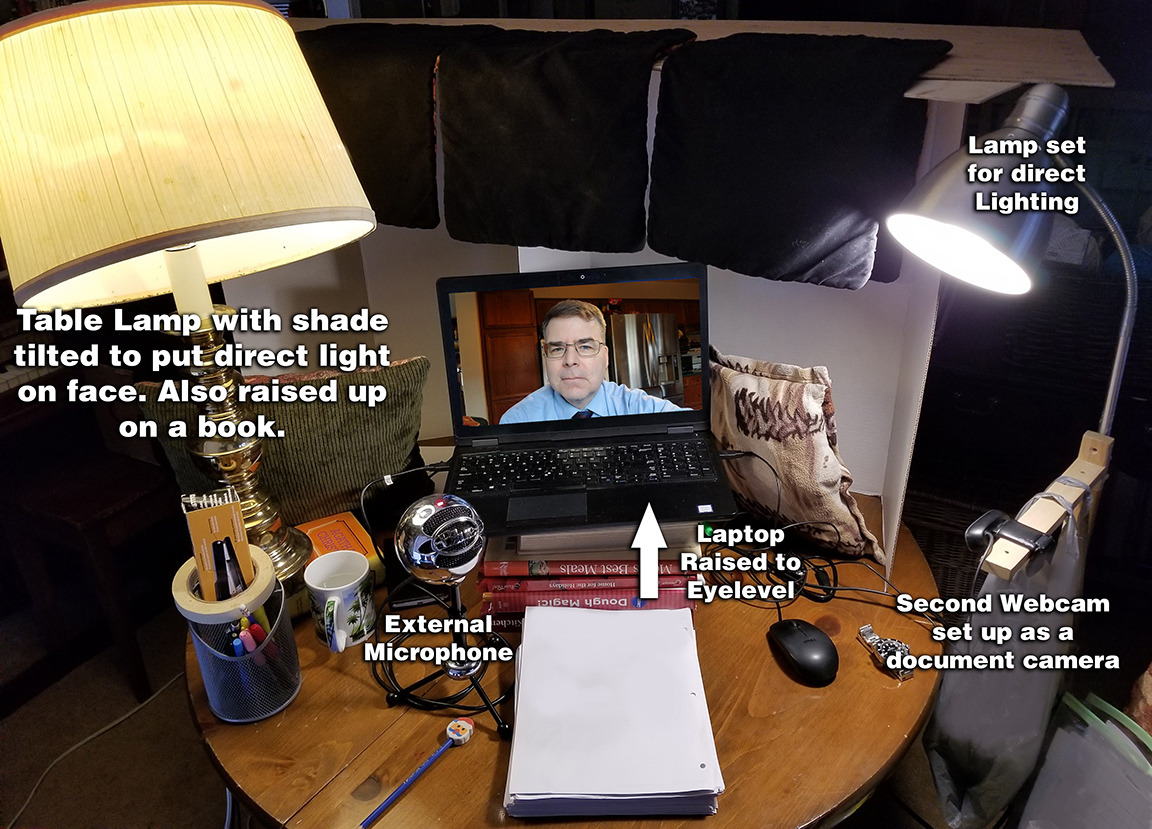 Now that all of us are having to teach and meet over videoconferencing on our laptops, it is useful to get advice from the professionals. Chelsea sent me this link to Ryerson professor Gary Gould’s advince on How to Look and Sound Fabulous on a Webcam. The page covers practical things like lighting, positioning of the camera, backgrounds, framing and audio. I realize I need to rethink just having the laptop on my lap. 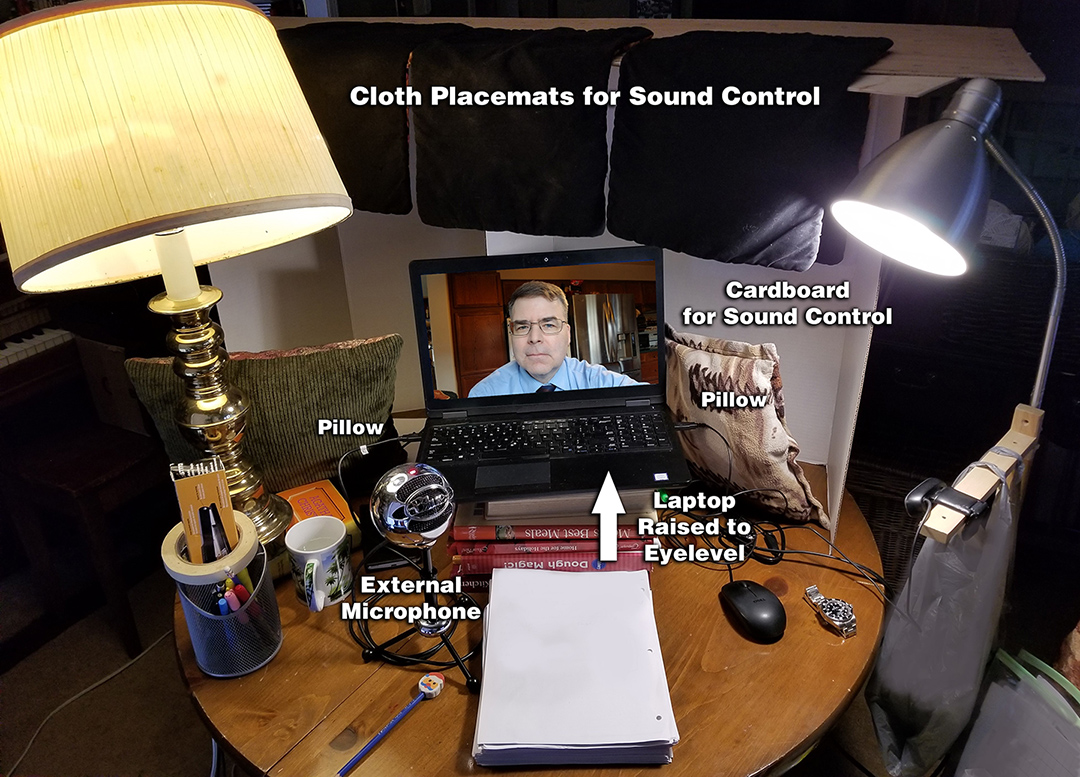 This week I am participating in the 6th Around the World Conference organized by the Kule Institute for Advanced Study.  This e-conference (electronic conference) is on Sustainable Research and we have a panel on a different topic every day of the week. (If you miss a panel, check out our YouTube channel.) Today we had a fabulous panel on Art and/in the Anthropocene that was led by Natalie Loveless and Jesse Beier. You can see some thoughts on the e-conference under the Twitter hastag #ATW2018, which we share with the American Trombone Workshop.

One of the problems with e-conferences is that they are local for everyone which means that everyone tunes in and out depending on what they have scheduled rather than devoting the time. When you fly to a conference you can’t be expected to leave the conference for a meeting, but when a conference is local or online we tend to not pay attention as we would when afar.

The Artists is the story of the creators that were at the forefront of the early video game revolution. It explores the first three decades of video game history.

I just finished watching the CBC TV series, The Artists – Season 1. This is a series of short (9 – 12 minute) video essays that you can watch off the web. The series focuses on the issue of game designers as artists and starts and ends with an early and influential ad, We see farther, that EA (Electronic Arts) ran that showcased their developers, something other companies (like Atari) didn’t do.

The CBC series is well done, though I find the shorts too short. I wish they lingered a bit more over the clips of games and other historic materials. The kinetic style of the shorts may suit the medium, but not the history.

My other gripe is their choice of game designers to feature. There are no Japanese game designers. In fact, it is as if no one outside of the US and Canada designed games at all. They could have also covered some influential women designers like Brenda Laurel.

What is great, is episode 9 on Bioware (and Edmonton!) I didn’t realize that Greg Zeschuk, one of the founders of Bioware, started the Blind Enthusiasm Brewing Company which has a beer brewery and restaurant near my house. 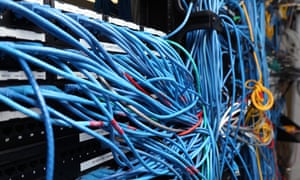