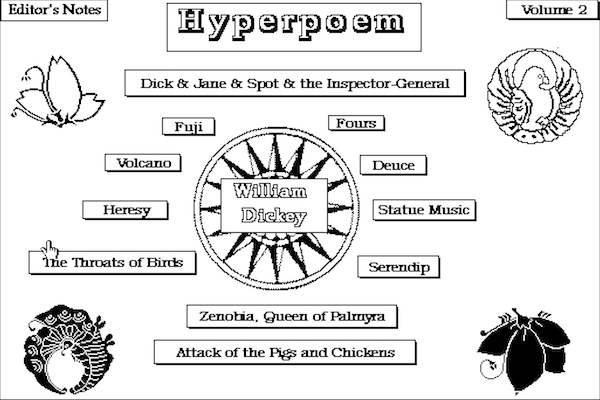 Documenting the Now develops tools and builds community practices that support the ethical collection, use, and preservation of social media content.

I’ve been talking with the folks at MassMine (I’m on their Advisory Board) about tools that can gather information off the web and I was pointed to the Documenting the Now project that is based at the University of Maryland and the University of Virginia with support from Mellon. DocNow have developed tools and services around documenting the “now” using social media. DocNow itself is an “appraisal” tool for twitter archiving. They then have a great catalog of twitter archives they and others have gathered which looks like it would be great for teaching.

MassMine is at present a command-line tool that can gather different types of social media. They are building a web interface version that will make it easier to use and they are planning to connect it to Voyant so you can analyze results in Voyant. I’m looking forward to something easier to use than Python libraries.

Speaking of which, I found a TAGS (Twitter Archiving Google Sheet) which is a plug-in for Google Sheets that can scrape smaller amounts of Twitter. Another accessible tool is Octoparse that is designed to scrape different database driven web sites. It is commercial, but has a 14 day trial.

One of the impressive features of Documenting the Now project is that they are thinking about the ethics of scraping. They have a Social Labels set for people to indicate how data should be handled.

SimRefinery was the first simulation developed by a Maxis spin-off company called Maxis Business Simulations (MBS). The simulation was for Chevron and was developed using the development tools Maxis had developed for their games like SimCity. Phil Salvador tells a wonderful story about MBS and SimRefinery in a thoroughly research essay When SimCity got serious: the story of Maxis Business Simulations and SimRefinery. Take some time out and read it.

Part of what is interesting in the essay is how Salvador documents the different views about what such simulations were good for. SimRefinery was not a accurate simulation that would cover the complexity of the chemical engineering of a refinery; so what was it good for. Chevron apparently wanted something to help the staff who weren’t engineers to understand some of the connectiveness of a refinery – how problems in one area could impact others. Will Wright, the genius behind Maxis, didn’t think serious simulations were possible or something they wanted to do. He saw SimCity as a caricature that was fun. At best it might give people a “mental model” of the issues around city management. It was for that reason that MBS was a spin-off designed to contract with businesses that felt serious simulations were feasible and useful.

I learned about the Salvador article from a Ars Technica story about SimRefinery and how A lost Maxis “Sim” game has been discovered by an Ars reader [Updated]. The story talks about how someone found and uploaded to the Internet Archive a prototype of SimRefinery only to later take in back down so it is no longer available. In the meantime Phil Salvador recorded a Twitch stream of checking out the game so you can get a sense of how it worked.

The Computer Literacy Project, on the other hand, is what a bunch of producers and civil servants at the BBC thought would be the best way to educate the nation about computing. I admit that it is a bit elitist to suggest we should laud this group of people for teaching the masses what they were incapable of seeking out on their own. But I can’t help but think they got it right. Lots of people first learned about computing using a BBC Micro, and many of these people went on to become successful software developers or game designers.

I’ve just discovered Two-Bit History (0b10), a series of long and thorough blog essays on the history of computing by Sinclair Target. One essay is on Codecademy vs. The BBC Micro. The essay gives the background of the BBC Computer Literacy Project that led the BBC to commission as suitable microcomputer, the BBC Micro. He uses this history to then compare the way the BBC literacy project taught a nation (the UK) computing to the way the Codeacademy does now. The BBC project comes out better as it doesn’t drop immediately into drop into programming without explaining, something the Codecademy does.

I should add that the early 1980s was a period when many constituencies developed their own computer systems, not just the BBC. In Ontario the Ministry of Education launched a process that led to the ICON which was used in Ontario schools in the mid to late 1980s.

The Internet Archive is now collecting HyperCard Stacks and has an emulator so they can be run in the browser. If you have old ones to contribute you can upload them to hypercardonline.tk (which has a nerdy HyperCard like interface.)

Like many, I learned to program multimedia in HyperCard. I even ended up teaching it to faculty and teachers at the University of Toronto. It was a great starting development environment with a mix of graphical tools, hypertext tools and a verbose programming language. It’s only (and major) flaw was that it wasn’t designed to create networked information. HyperCard Stacks has to be passed around on disks. The web made possible a networked hypertext environment that solved the distribution problems of the 1980s. One wonders why Apple (or someone else) doesn’t bring it back in an updated and networked form. I guess that is what the Internet Archive is doing.

For more on the history of HyperCard see the Ars Technica article by Matthew Lasar, 30-plus years of HyperCard, the missing link to the Web.

What is cool is that artists are using HyperCard to make art like Formality* discussed in the previous post.

At the SpokenWeb symposium at SFI I learned about a web site RightsStatements.org. This site provides example rights statements to use and put on the web. For example In Copyright – Rights-Holder(s) Unlocatable or Unidentifiable. These often use American language rather than Canadian language, but they are a useful resource.

Another, better known source for rights statement is Creative Commons, but it is more for creators than for cultural heritage online.

What happens to old digital humanities projects? Most vanish without a trace. Some get archived like the work of John Burrows and others at the Centre For Literary And Linguistic Computing (CLLC). Dr. Alexis Antonia kept an archive of CLLC materials which is now available from the Centre For 21st Century Humanities.