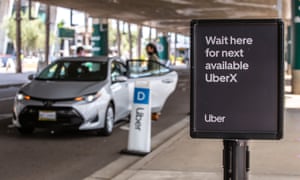 Like other ridesharing companies, it made a big bet on an automated future that has failed to materialise, says Aaron Benanav, a researcher at Humboldt University

Aaron Benanav has an important opinion piece in The Guardian about Why Uber’s business model is doomed. Benanav argues that Uber and Lyft’s business model is to capture market share and then ditch the drivers they have employed for self-driving cars as they become reliable. In other words they are first disrupting the human taxi services so as to capitalize on driverless technology when it comes. Their current business is losing money as they feast on venture capital to get market share and if they can’t make the switch to driverless it is likely they go bankrupt.

This raises the question of whether we will see driverless technology good enough to oust the human drivers? I suspect that we will see it for certain geo-fenced zones where Uber and Lyft can pressure local governments to discipline the streets so as to be safe for driverless. In countries with chaotic and hard to accurately map streets (think medieval Italian towns) it may never work well enough.

All of this raises the deeper ethical issue of how driverless vehicles in particular and AI in general are being imagined and implemented. While there may be nothing unethical about driverless cars per se, there IS something unethical about a company deliberately bypassing government regulations, sucking up capital, driving out the small human taxi businesses, all in order to monopolize a market that they can then profit on by firing the drivers that got them there for driverless cars. Why is this the way AI is being commercialized rather than trying to create better public transit systems or better systems for helping people with disabilities? Who do we hold responsible for the decisions or lack of decisions that sees driverless AI technology implemented in a particularly brutal and illegal fashion. (See Benanav on the illegality of what Uber and Lyft are doing by forcing drivers to be self-employed contractors despite rulings to the contrary.)

It is this deeper set of issues around the imagination, implementation, and commercialization of AI that needs to be addressed. I imagine most developers won’t intentionally create unethical AIs, but many will create cool technologies that are commercialized by someone else in brutal and disruptive ways. Those commercializing and their financial backers (which are often all of us and our pension plans) will also feel no moral responsibility because we are just benefiting from (mostly) legal innovative businesses. Corporate social responsibility is a myth. At most corporate ethics is conceived of as a mix of public relations and legal constraints. Everything else is just fair game and the inevitable disruptions in the marketplace. Those who suffer are losers.

This then raises the issue of the ethics of anticipation. What is missing is imagination, anticipation and planning. If the corporate sector is rewarded for finding ways to use new technologies to game the system, then who is rewarded for planning for the disruption and, at a minimum, lessening the impact on the rest of us? Governments have planning units like city planning units, but in every city I’ve lived in these units are bypassed by real money from developers unless there is that rare thing – a citizen’s revolt. Look at our cities and their spread – despite all sorts of research and a history of spread, there is still very little discipline or planning to constrain the developers. In an age when government is seen as essentially untrustworthy planning departments start from a deficit of trust. Companies, entrepreneurs, innovation and yes, even disruption, are blessed with innocence as if, like children, they just do their thing and can’t be expected to anticipate the consequences or have to pick up after their play. We therefore wait for some disaster to remind everyone of the importance of planning and systems of resilience.

Now … how can teach this form of deeper ethics without sliding into political thought? A radical practice is suddenly getting mainstream attention. Will it change how we help one another?

The most recent New Yorker (to make to my house) has an important article on What Mutual Aid Can Do During a Pandemic. The article looks at a number of the mutual aid groups popping up to meet local needs like delivering food to disabled people. It is particularly interesting on the long term political impact of this sort of local organizing. Well worth thinking about. 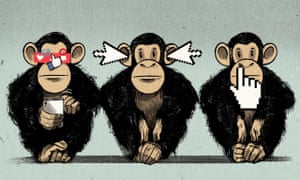 Today the Kule Institute for Advanced Study (KIAS) hosted a panel discussion on More Conferencing, Less Carbon. The discussion took place on site and online on your YouTube channel.

At this panel discussion Trevor Chow-Fraser of the Office of Sustainability announced the release of Moving Ideas Without Moving People a toolkit on running e-conferences at the University of Alberta. This toolkit was co-authored by Trevor Chow-Fraser, Chelsea Miya and Oliver Rossier and was based on the KIAS experience organizing our Around the World e-conferences.