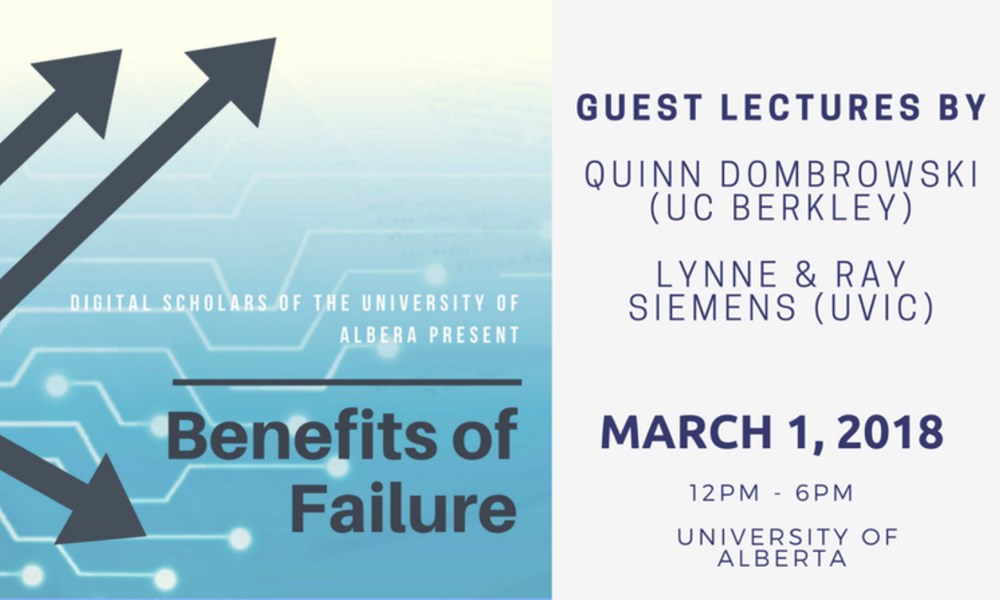 Lynne Siemens and Ray Siemens gave the final keynote of the On the Benefits of Failure conference. Their talk was titled “Training Ground for Success? Perspectives on Failure in Several Contexts.”

Ray started the talk by talking about tragedy and comedy and how we know from Frye taught us that tragedy can become comedy (and vice versa) if you can keep telling the story. Failure can become becoming if you keep thinking about it. If we look at how failure is talked about we see that many talk about how one can learn from failure. My guess is that there is failure you can learn from and failure that shames you.

Lynne talked about the example of post-it notes and how they were initially a failure that then became a success. She asked the grad students to think of themselves as academic or intellectual entrepreneurs who develop new methods, ideas, and products. She then talked about innovation cycles and the importance of reflection at the end. We need to reflect on what we call failure and this reflection can build positives into the cycle.

Lynne then talked about three case studies and some take aways:

Then Ray talked about success and failure at the Digital Humanities Summer Institute (DHSI). It began with about 30 people and then grew to hundreds. Each year, at the end, they would ask what worked and could work better. Some