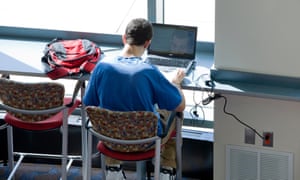 The Guardian has a story about CEO of exam monitoring software Proctorio apologises for posting student’s chat logs on Reddit. Proctorio provides software for monitoring (proctoring) students on their own laptop while they take exams. It uses the video camera and watches the keyboard to presumably watch whether the student tries to cheat on a timed exam. Apparently a UBC student claimed that he couldn’t get help in a timely fashion from Proctorio when he was using it (presumably with a timer going for the exam.) This led to Australian students criticizing the use of Proctorio which led to the CEO arguing that the UBC student had lied and providing a partial transcript to show that the student was answered in a timely fashion. That the CEO would post a partial transcript shows that:

I can’t help feeling that there is a pattern here since we also see senior politicians sometimes leaking data about citizens who criticize them. The privacy protocols may be in place, but they aren’t observed or can’t be enforced against the senior staff (who are the ones that presumably need to do the enforcing.) You also sense that the senior person feels that the critic abrogated their right to privacy by lying or misrepresenting something in their criticism.

This raises the question of whether someone who misuses or lies about a service deserves the ongoing protection of the service. Of course, we want to say that they should, but nations like the UK have stripped citizens like Shamina Begum of citizenship and thus their rights because they behaved traitorously, joining ISIS. Countries have murdered their own citizens that became terrorists without a trial. Clearly we feel that in some cases one can unilaterally remove someones rights, including the right to life, because of their behaviour.