Avast will shutter its Jumpshot subsidiary just days after an exposé targeted the way it sold user data. But transparency remains the bigger issue.

From Venturbeat (via Slashdot) the news that antivirus company Avast closes Jumpshot over data privacy backlash, but transparency is the real issue (Paul Sawers, Jan. 30, 2020). Avast had been found to have been gathering detailed data about users of its antivirus tools and then selling anonymized data through Jumpshot. The data was of sufficient detail (apparently down to an “all clicks feed”) that it would probably be possible to deanonymize data. So what was the ethical problem here?

As the title of the story advertises the issue was not that Avast was concealing what it was doing, it is more a matter of how transparent it was about what it was doing. The data collection was “opt out” and so you had to go find the setting rather than being asked if you wanted to “opt in.” Jumpstart was apparently fairly open about their business. The information the provided to help you make a decision was not particularly deceptive (see image below), but it is typical of software to downplay the identifiability of data collected. 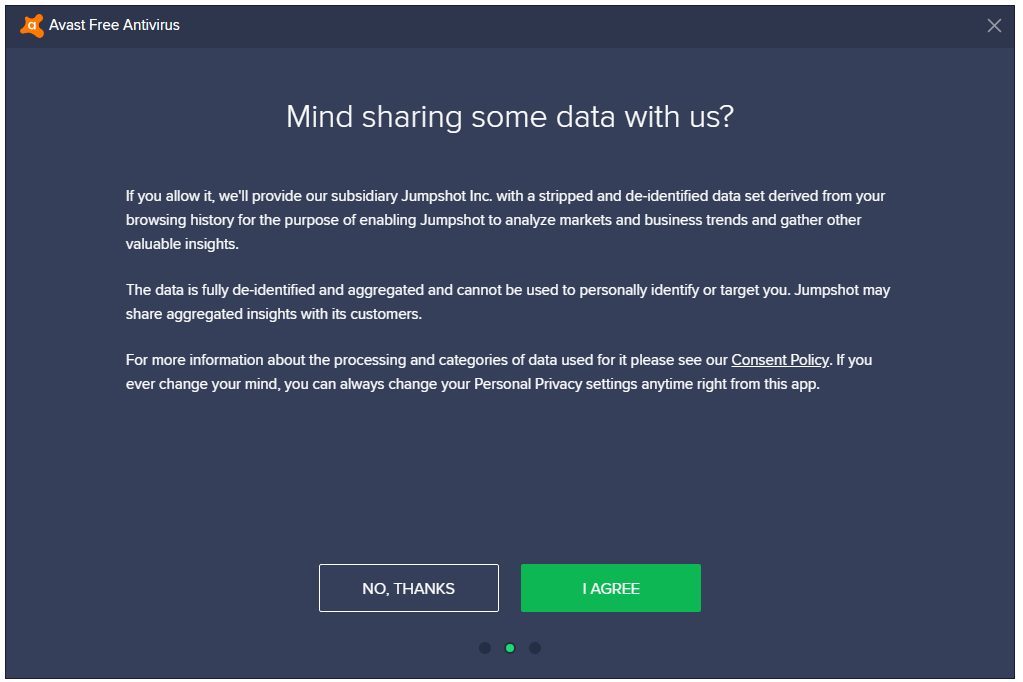 Some of the issue is around consent. What realistically constitutes consent these days? Does one need to opt-in for there to be meaningful consent? Does one need sufficient information to make a decision, and if so, what would that be?