Slashdot has a story about Data Analytics’ Next Big Feat: Sarcasm Detection. The BBC article that this draws from says the French company Spotter has algorithms for 29 different languages and that they can “identify sentiment up to an 80% accuracy rate.” 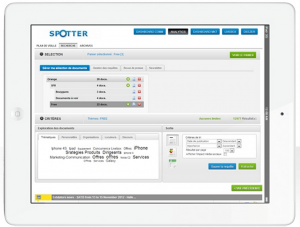 A screen shot from Spotter shows a tool running on an iPad with a word cloud for exploration and selection tools.

The same Slashdot story sent me also to a Wall Street Journal story about how the Obama 2012 campaign used Salesforce for sentiment analysis on email coming into the campaign.