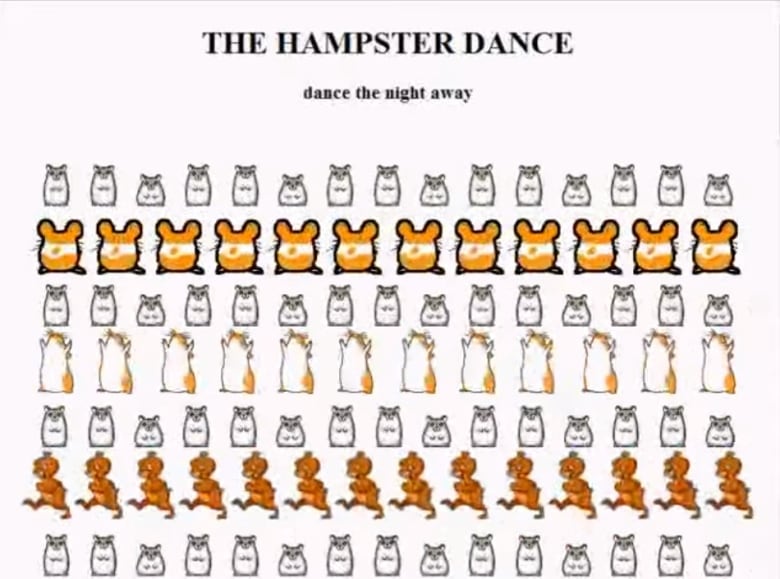 Th CBC has a nice (and long) oral history about Hampsterdance: The twisted true story of one of the world’s first memes. Deidre LaCarte created the original site on Geocities in 1998 as a challenge and it took off. As the CBC puts it, it was the original meme to take off. You can see the original here.

It becomes clear as one reads on that none of the assets of the site were original; they were all clipart or music taken from elsewhere. Nonetheless LaCarte and others were able to make some money on the success of the site.

I personally think the first viral internet meme was the Mrs. Fields (or Neiman Marcus) cookie recipe story that circulated by email. It was an urban legend about being billed $250 for a recipe by a Mrs. Fields store and then sharing that recipe. According to Snopes this legend has quite a history going back to a 1948 cookbook.