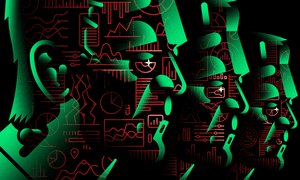 The death of a woman hit by a self-driving car highlights an unfolding technological crisis, as code piled on code creates ‘a universe no one fully understands’

The Guardian has a good essay by Andrew Smith about Franken-algorithms: the deadly consequences of unpredictable code. The essay starts with the obvious problems of biased algorithms like those documented by Cathy O’Neil in Weapons of Math Destruction. It then goes further to talk about cases where algorithms are learning on the fly or are so complex that their behaviour becomes unpredictable. An example is high-frequency trading algorithms that trade on the stock market. These algorithmic traders try to outwit each other and learn which leads to unpredictable “flash crashes” when they go rogue.

The problem, he (George Dyson) tells me, is that we’re building systems that are beyond our intellectual means to control. We believe that if a system is deterministic (acting according to fixed rules, this being the definition of an algorithm) it is predictable – and that what is predictable can be controlled. Both assumptions turn out to be wrong.

The good news is that, according to one of the experts consulted this could lead to “a golden age for philosophy” as we try to sort out the ethics of these autonomous systems.