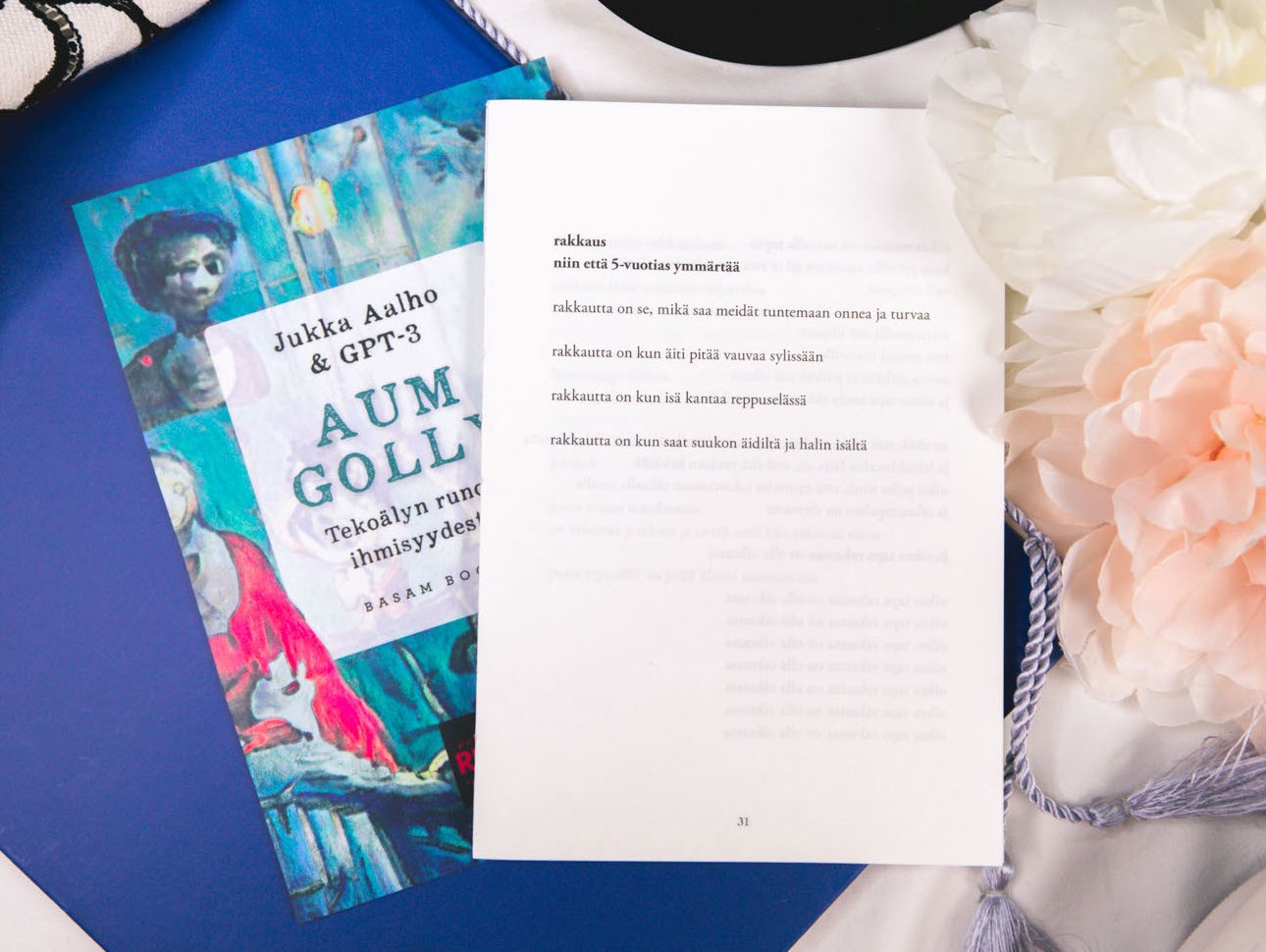 “How do we know that you haven’t written the poems you claim were authored by GPT-3?” the publisher asked in one of our calls.

That was what my life had become. Convincing a publisher that AI really had written the poems. No, I hadn’t done any editing. Yes, all the poems were generated in 24 hours and translated to Finnish with Google Translate — within those same 24 hours. Yes, I own the copyright, not OpenAI. Yes, they know and they said yes.

From Humanist I learned about the Medium post by Jukka Aalho I Wrote a Book with GPT-3 AI in 24 Hours. Aalho wrote a short book of poetry in 24 hours using GPT-3. I’ve bought the book and I’m not impressed by the poems. Perhaps they were better in Finnish. Here is one of the better ones (where the bold was the prompt),

why do we need to be happy, really
wouldn’t it be enough if we just don’t suffer

but everyone seems to be so very consumed by it
as if it’s the most important thing they can do
is try to get a grip on this
and I guess if that’s what they want
then I suppose I don’t have to be the one telling them
that they are mistaken
that they are making a big mistake
but how could they know that if no one tells them?
I don’t know

What’s more impressive is that he got it published, but that may be because people like me would want to check it out.

Aalhu’s reflections on how such AIs might change creativity and editing are, however, quite interesting.