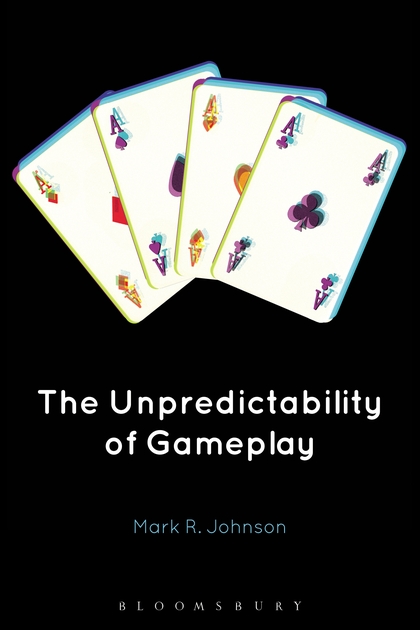 The Unpredictability of Gameplay explores the many forms of unpredictability in games and proposes a comprehensive theoretical framework for understanding and categorizing non-deterministic game mechanics.

Today we celebrated the publication by Bloomsbury of Mark R. Johnson’s The Unpredictability of Gameplay.Johnson proposes a typology of unpredictability:

Mark’s book nicely connects gaming and gambling. It helps us understand the way microgames in larger videogames can become a form of gambling. He looks at loot boxes where players are encouraged to spend small amounts of money over and over to get virtual goods inside a larger game. In Japan Kompu Gacha (or complete gacha) was eventually discouraged by the government because too many people were effectively gambling in their attempts to collect complete sets of virtual goods by paying over and over to open loot boxes. Compu gacha and other forms of loot boxes in videogames are a way for developers to monetize a game, but they also create metagae contexts that are, in effect, gambling. What is interesting, is that people don’t think of videogames as sites for gambling. One wants to say that this is another  (micro) form of casino capitalism.