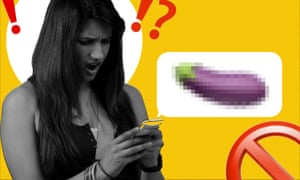 Legislators and tech companies are finally working to protect women from receiving unwanted sexually explicit images online – will it work?

The war on (unwanted) dick pics has begun according to a Guardian article about a web developer who asked people to send her “dick pics” so she could train a machine to recognize them and deal with them. The Guardian rightly asks why tech-companies don’t provide more tools for users to deal with harassing messages.

The interesting thing is how many women get them (53% get lewd images) and how many men have sent one (27% of millenial men). (Data from Pew Online Harassment 2017 and the I’ll Show You Mine study.)

The Guardian story links to really interesting study from the Journal of Sex Studies on pictures of genitals, Oswald et al. I’ll Show You Mine so You’ll Show Me Yours: Motivations and Personality Variables in Photographic Exhibitionism (2019). This reviews the possible motivations for sending pictures of genitals. The key issue is consent and often women get them when they haven’t consented to get them leading “feelings of shame, harassment, objectification, anger, and disgust.”

So why do men send unsolicited lewd pictures. The article speculates that for some it is strategic (if only one among many responds positively that is a win), for some it is mediated exhibitionism, and for some a form of hostile sexism that leads to arousal.

Men may find this exertion of power over women arousing itself, or they may find the shocked, hurt, and angry reactions to be humorous or satisfying. Sexism may thus motivate men to send dick pics, particularly unsolicited ones.

Some of the things that stand out from the study is the misperception of many men who think such images might be welcome because they would like to get comparable images. This is connected to narcissism.

It was established that men primarily sent unsolicited images as a strategy with the hopes of receiving either similar images or sexual interactions in return. A significant minority of men who send dick pics reported engaging in this behavior for their own sexual or personal satisfaction, while relatively few reported doing so for childhood conflict, misogynistic, or controlling reasons. By sending unsolicited genital images, most men hoped to elicit sexual arousal in the recipient(s), though a minority hoped to elicit negative feelings. In general, men who sent dick pics reported higher levels of narcissism as well as ambivalent and hostile sexism. These results provide evidence to suggest that while unsolicited dick pic sending is motivated by sexist and misogynistic ideologies in some men, the majority do not intend to cause harm or negative psychological outcomes.