Last week the Oregon Humanities Center put on a great two-day conference on Engaged Humanities Partnerships Between Academia And Tribal Communities that I attended. (See my conference notes here.) The conference looked at ways that the humanities can partner with indigenous communities.

One of the highlights was Jennifer O’Neal’s talk about the importance of decolonizing the archives and work she is doing towards that. You can see a paper by her on the subject titled “The Right to Know”: Decolonizing Native American Archives.

I talked about the situation in Canada in general, and the University of Alberta in particular, after the Truth and Reconciliation Commission.

I am back home after two conferences, first the CHCI conference in Dublin and then DH 2019 in Utrecht.

The CHCI (Consortium of Humanities Centers and Institutes) had its annual conference in Dublin, Ireland. The Kule Institute for Advanced Studies (which I direct) is a member. The conference was held at Trinity College and featured some extraordinary talks including a Silent Shakespeare performance talk by Judith Buchanan. My (flawed) conference notes are here.

Next I was in Utrecht, Holland for DH 2019. As always, my typo-ridden conference notes are at philosophi.ca : DH 2019. This was the biggest DH ever with over 1000 participants. There was a real feel of the explosion of the field and all its directions. Before the conference proper I attended a workshop on DLS (Digital Literary Stylistics) Tool Criticism: Use Cases. I was asked to give a paper at the workshop and presented on Zombies as Tools: Revivification in Computer Assisted Interpretation. Revivification was my variant on replication as inspired by the Silents Shakespeare performances reviving silent movies. I also gave a short paper in a panel organized by Micki Kaufman on XR in DH: Extended Reality in the Digital Humanities. My short paper looked at Campus Mysteries: Playing with Serious Augmented Reality Games.

The conference was closed by a great keynote by Johanna Drucker on Complexity and Sustainability. 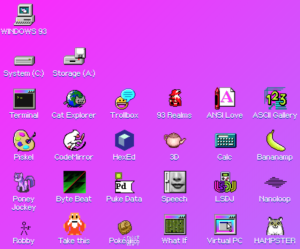 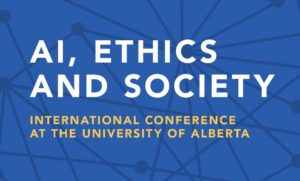 Last week we held a conference on AI, Ethics and Society at the University of Alberta. As I often do, I kept conference notes at: philosophi.ca : AI Ethics And Society. 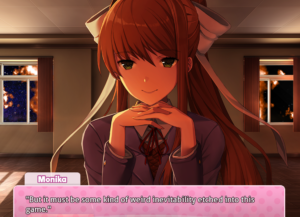 The Literature Club is full of cute girls! Will you write the way into their heart?

Dr. Ensslin gave a great short survey of digital fiction includ the Doki Doki Literature Club! (DDLC) at the Dyscorpia symposium. DDLC is a visual novel created in Ren’Py by Team Salvato that plays with the genre. As you play the game, which starts as a fairly typical dating game, it first turns into a horror game and then begins to get hacked by one of the characters who wants your attention. The character, it turns out, has both encouraged some of the other girls (in the Literature Club) to commit suicide, but they edits them out of the game itself. At the end of the game she has a lengthy face-to-face with you breaking the fourth wall of the screen.

Like most visual novels, it can be excruciating advancing through lots of text to get to the point where things change, but eventually you will notice glitches which makes things more interesting. I found myself paying attention to the text more as the glitches drew attention to the script. (The script itself is even mentioned in the game.)

DDLC initially mimics the Japanese visual novel genre, down to the graphics, but eventually the script veers off. It was well received in game circles winning a number of prizes.